You run performance tests as well as functional tests when deploying new code changes to SQL Server, right? Not many people do, I think you should, and this article will show you how to do it by harnessing an existing performance tool, rather than writing your own monitoring infrastructure from scratch.

Any good performance monitoring tool that records information to a database will do fine, and we prefer to use Sentry One.

Here are the steps to accomplish this.

When you release your database change, you want to have something to compare against as an acceptable baseline. We have created a stored procedure in a separate database to SentryOne which accepts the following parameters

We are capturing Avg, Min and Max values from the following metrics, but you can capture whatever you want from the vast selection in the SentryOne database.


This proc runs in a separate database to Sentry one, that we’ve called SabinIO.

Obviously the database you want to make code changes to is source controlled as an SSDT project!

A build of this project should produce a DacPac, which is a model of how you want the database to look in terms of database objects. This dacpac should be released in your pipeline to your environments. As a minimum you will need a Performance test environment and Production, but you will most likely have four or more. You will probably have Development, IntegrationTest, PerformanceTest/PreProd and Production.

We have a demo pipeline that looks like this for our demo releases. 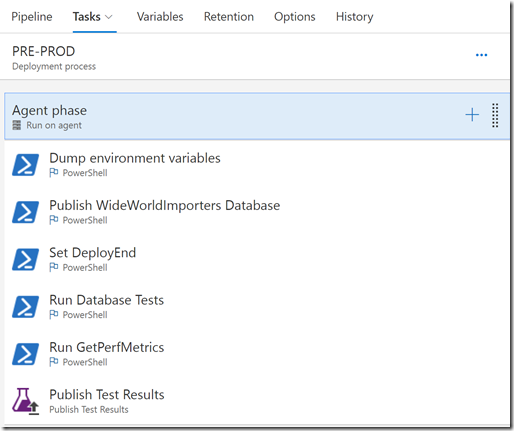 If I deploy a harmful change which results in high CPU and high Key lookups, the Sentry One client shows data like this: 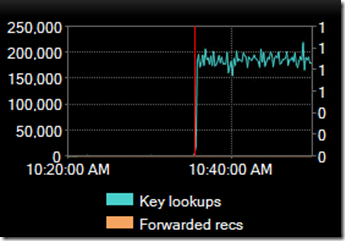 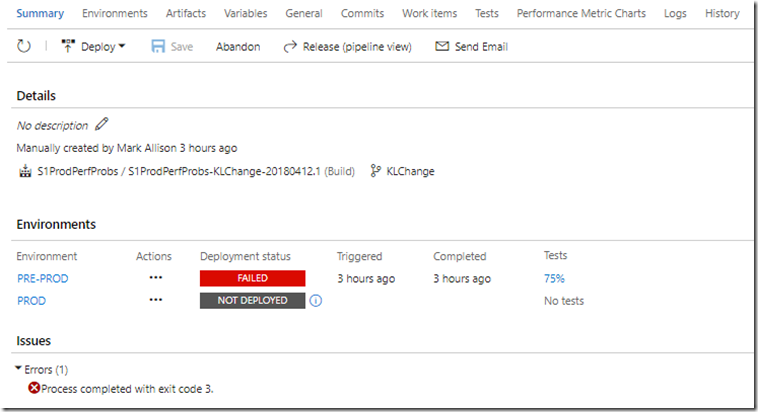 Clearly we can see here that the PRE-PROD release was failed, and that only 75% of the tests passed. Let’s look at the test results now.

Three tests failed with high CPU, high Key Lookups and Missing Indexes detected. These are simply Pester tests in PowerShell which look at data in the SentryOne database and compare them against the baseline data we took earlier. If we drill into a couple of these we can see more information:

Here we can see that Processor time should have been averaging less than 19.53% after deployment, but it was 45%. This is not good, something has caused high CPU over an extended period so we want to fail the release and investigate before it gets to Production! Also, we can see that Key Lookups are now very high, much higher than acceptable levels.

You have a lot information right there in the VSTS test output, but if you want to visualise the data and see for yourself how the CPU and Key Lookups look on a chart, we created a VSTS Extension to do that. It looks like this: 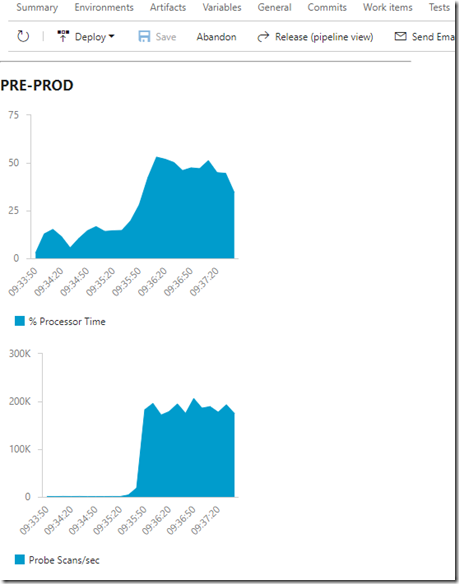 If you compare the above chart to the Sentry One charts from earlier on, you can see that they are very similar. Very handy to have for easy diagnosis. The VSTS Extension is private at the moment but if you would like to see it please get in touch at mark.allison@sabin.io or hello@sabin.io

We have a bad release, we prevented it from getting it to production, and we know exactly what the symptoms were of the release before our users had to experience it. The process we follow to fix this is to:

As a developer that writes database code, start getting into the habit of writing tests. Once you’ve done it for a while they don’t take long to do. They will save your bacon one day! You will have reliable releases. Consider using a performance tool like Sentry One to monitor a performance test environment so that you have access to a rich set of metrics to run tests against. Make sure you have a production-like workload running in your performance test environment otherwise your tests will be meaningless. This is a topic for another blog post!